Trip to the Sylvia Center Farm

This past friday Chef Andrew and an HCZ colleague went to Kinderhook NY to learn more about the Sylvia Centers Learning Garden, part of Katchkie Farms. To start the weather could not be more perfect, not a cloud in the sky. While it was the end of the season, the grounds were still beautiful. We learned a tremendous amount about the operation and took a couple pictures during the tour. 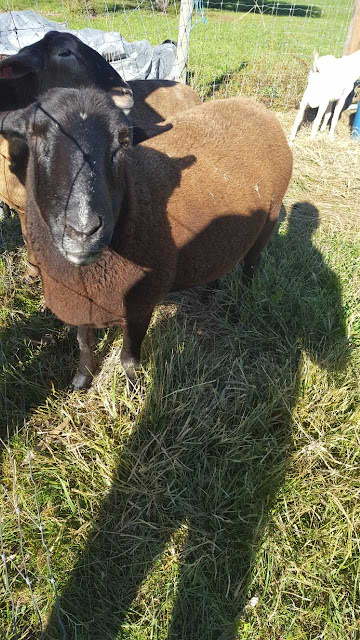 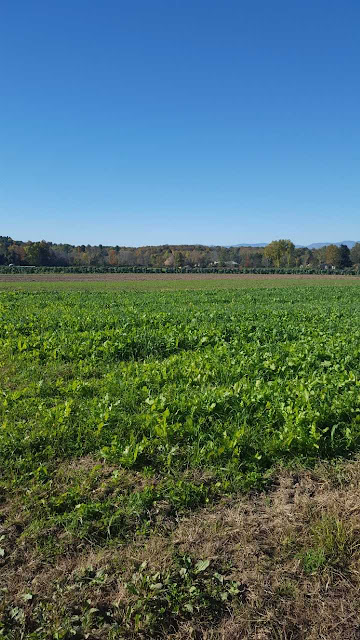 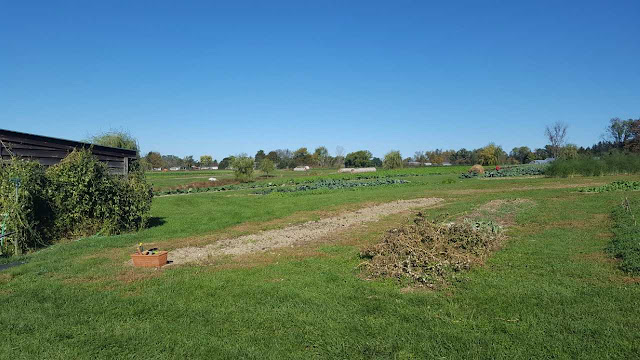 Posted by HCZ Healthy Lifestyles Page at 10:02 AM No comments:

For today’s lunch we are Serving Kung Pao Beef. This recipe uses Sichuan peppercorns. With its unique aroma and flavor is not hot or pungent like black, white, or chili peppers. Instead, it has slight lemony overtones and creates a tingly numbness in the mouth. According to Harold McGee in On Food and Cooking, they are not simply pungent; "they produce a strange, tingling, buzzing, numbing sensation that is something like the effect of carbonated drinks or of a mild electric current (touching the terminals of a nine-volt battery to the tongue). Come by to either kitchen to try out this unique ingredient 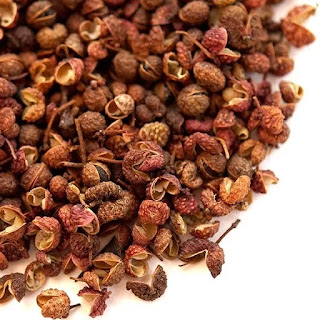 To complement our main course, for soup today at our 245 West Kitchen we are serving Congee. Congee is regarded as the ultimate Chinese comfort food, according to the author Fuchsia Dunlop. This recipe for ji zhou or chicken congee, from her book on Jiangnan regional cuisine is dead simple and satisfying. Serve it with chicken and soy sauce for a late-night Shanghai-style snack. 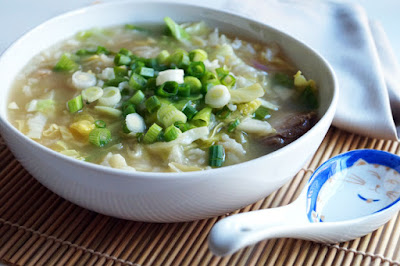 Posted by HCZ Healthy Lifestyles Page at 9:46 AM No comments: 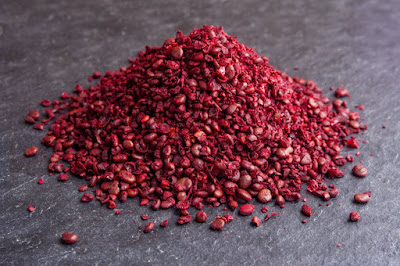 From the great minds at Kitchn

Taste: SourMost Popular Use: Spice blends, dry rubs, salads
The sumac bush, native to the Middle East, produces deep red berries, which are dried and ground into coarse powder. The spice was long used in Europe to add tartness to many dishes until the Romans introduced lemons to the area. While it's less common, the berries may also be sold whole. Ground sumac is a versatile spice with a tangy lemony flavor, although more balanced and less tart than lemon juice. A small sprinkle also adds a beautiful pop of color to any dish.
Ground sumac is widely available in Middle Eastern markets, and little by little it's making its way into the spice aisle of grocery stores. Store ground sumac in an airtight container, away from heat and light.

How To Use Sumac

Sumac is a widely used, essential spice in Middle Eastern and Mediterranean cooking. It's used in everything from dry rubs, marinades, and dressing. But its best use is sprinkled over food before serving.
It pairs well with vegetables, grilled lamb, chicken and fish. Sumac is one of the main components in the spice mix za'atar, and is used as a topping on fattoush salad, and makes a nice topping on dips like hummus. 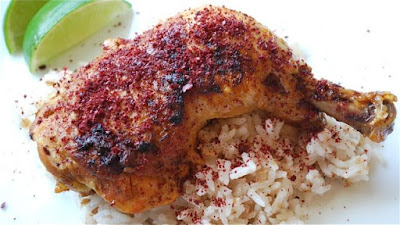 Today we are diving into middle eastern cuisine and serving a Roasted Sumac Chicken, Rice Pilaf and Moroccan Carrot Salad.
Besseha (Have a nice meal in Moroccan Arabic)
Posted by HCZ Healthy Lifestyles Page at 8:50 AM No comments:

Cooking and Math, match made in heaven

This past Monday Chef Andrew and Chef June had the pleasure of working with the entire 7th grade at Promise Academy 2. We taught the students along side Mr. Di and Ms. Miller about Recipe scaling, ratios, proportions, kitchen math and fractions. We linked the Native American recipe to make the connection to what they are learning in History and even threw in some Science terminology to make the total connection.  Once finished with the math lesson, the students began to cut the cucumbers, onions, and assemble their salad working as a team. Another group of students made the dressing learning about emulsification. The students ate everything they made, which upon their first impression what GROSS. Even made a song about the Wild Wild Wild Wild Rice (Remix from Rhianna). Thanks again for having us and look forward to the next time.
CORN, BLUEBERRY AND WILD RICE SALAD
Makes 8 servings
Remove husks from corn and lightly roast corn over open flame. When cool enough to handle, cut corn from cobs. In a serving bowl combine corn, blueberries, cucumber, red onion, cilantro, wild rice, and jalapeno.
For dressing: in a screw-top jar combine lime juice, oil, honey, cumin, and ½ teaspoon salt. Cover; shake well to combine. Add to salad and toss. Cover the salad and refrigerate overnight or up to 24 hours. 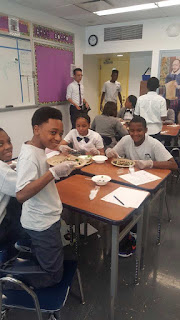 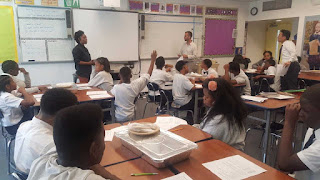 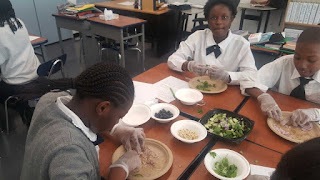 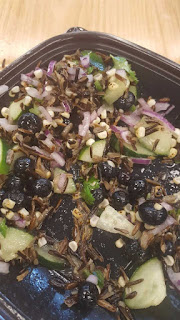 Posted by HCZ Healthy Lifestyles Page at 8:23 AM No comments: