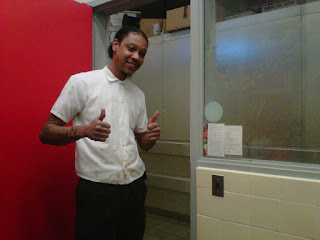 The precise origin of barbecue sauce is unclear. Some trace it to the end of the 15th century, when Christopher Columbus brought a sauce back from Hispaniola, while others place it at the formation of the first American colonies in the 17th century. References to the substance start occurring in both English and French literature over the next two hundred years. South Carolina mustard sauce, a type of barbecue sauce, can be traced to German settlers in the 18th century
Barbecue sauce (also abbreviated BBQ sauce) is a flavoring sauce or condiment ranging from watery to very thick consistency. As the name implies, it was created as an accompaniment to barbecued foods. While it can be applied to any food, it usually tops meat after cooking or during barbecuing, grilling, or baking. Traditionally it has been a favored sauce for pork or beef ribs and chicken.
It sometimes carries with it a smoky flavor. The ingredients vary, but some commonplace items are tomato paste, vinegar, liquid smoke, spices, and sweeteners. These variations are often due to regional traditions and recipes.