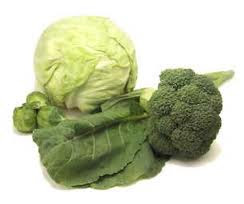 Today our very own Chef Jimmie will feature one of his family recipes. Today the menu will feature Brown Stewed Chicken, Yellow Rice and Braised Cabbage with Carrots. These recipes have been used in Jimmies family for generations and many to come. Bon Appetit.

Fun facts about Cabbage!
For more than 4,000 years, cabbage has been farmed and has been a staple for over Two and a Half millennia. It was the Celts who brought cabbage to Europe from Asia around 600 years B.C. Since cabbage grows pretty well in cooler climates and is known to store well over winter, the cruciferous vegetable soon became a major product in Europe.

Cabbage grows to its full harvestable size with in three months. It has been known that the cabbage yield is greater than that of any other vegetable. That is the reason why it is such a preferred product. Other related cruciferous cabbage cousins include broccoli, Brussels sprouts, kohlrabi, cauliflower, and kale.

The largest cabbage the world has ever seen weighed in at 123 pounds. This monster of a cabbage belonged to a 19 century farmer named William Collingwood. Collingwood hails from the County of Durham in England. The Cabbage weight was recorded in 1865.
Posted by Chef Andrew at 7:39 AM